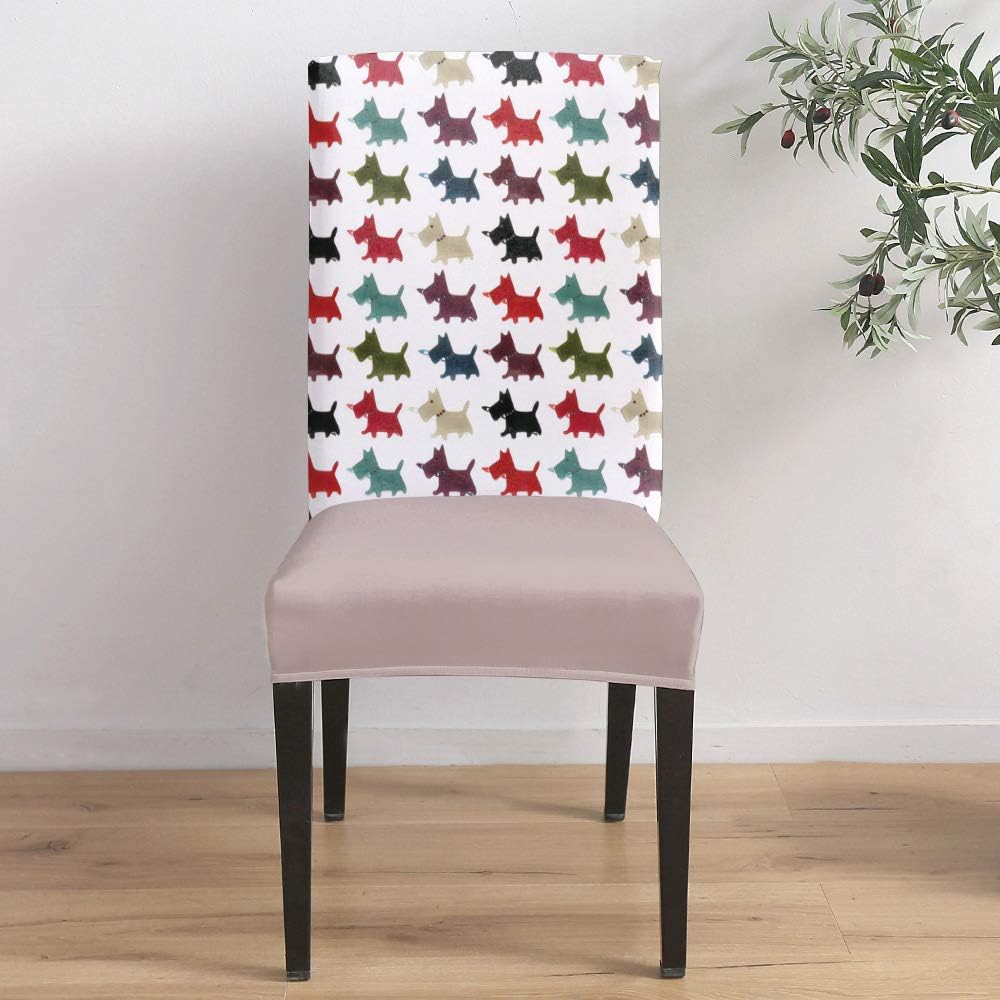 Protect the chair:
Our chair covers are dirt resistant, not easily broken. If you have children or pets, they are ideal for protecting chairs and furniture because they can protect your chair from kids’ graffiti or scratching and biting from pets.

Decorate:
Our chair covers have a variety of patterns to choose from, suitable for a variety of decoration styles. Not only can your new chair extend its life and reduce damage, it can also give your old chair a new look and add gloss to your home.

Occasion:
The chair cover is suitable not only for a variety of places, but also for a variety of holidays to add festive atmosphere, such as St. Patrick's Day, Christmas, Halloween, Thanksgiving and so on.

Tip:
Do not bleach.
No ironing